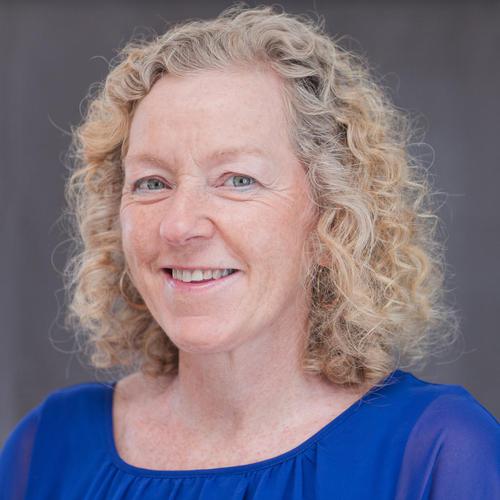 Cathy Ward was born and raised in Co. Wicklow, the ‘Garden of Ireland’. Along with her sisters and brothers, she grew up working on the dairy and sheep farm that her father owned. Here she learned to work hard and take nothing for granted. Walking the ‘Wicklow Hills’ continues to be one of her favorite things to do.

After college ended in summer of 1985 she headed to New York City. She spent three years there working in various bars and restaurants. She then departed the “Big Apple” and travelled around the US to places like New Orleans LA and Pensacola FL, eventually arriving in San Diego in January 1989.

She fell in love with the city and its way of life, and settled into work running bars and restaurants around town, but mostly working at the Sheraton Hotel on Harbor Island. Her adventurous spirit kicked in again in 1997, so she took off on a backpacking trip around the world, eventually ending up back in San Diego.

Na Fianna Ladies Football Club was just starting when she returned so she joined and became one of the anchor members. Cathy enjoyed many years of team sport, friendship and good times with all the ladies of Na Fianna. Eventually falling for the “Coach” Mick Ward, a local publican. The two married in Ireland in September 2002 surrounded by family and over 100 friends who travelled from San Diego. Mick and Cathy settled into married life in San Diego and were always involved and helped with events happening all around town. Life was good but then got better with the birth of Aisling in June 2004 and later with the arrival of Paddy Og in October 2007.

Cathy is Executive Director of The Irish Outreach Center in San Diego. She enjoys her work, and the new challenges the job brings every day. Cathy particularly enjoys meeting and helping both young and old who have also found San Diego to be their new home away from home. On special occasions and events you might just catch Cathy chatting or helping out behind the bar at her favorite local Irish pub “The Ould Sod”!