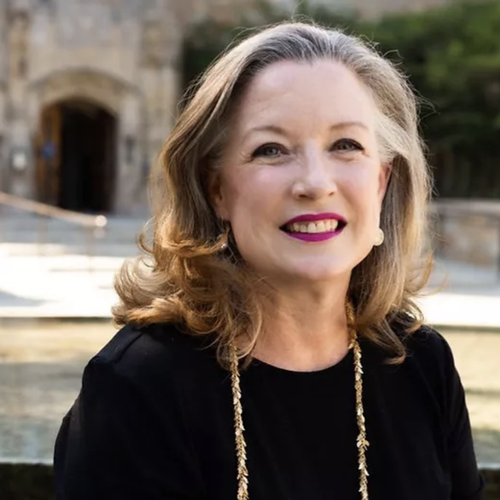 In This Together: Irish American Societies and Networks Leading the Coronavirus Fightback

Eileen Scully is an international keynote speaker, author of “In the Company of Men: How Women can Succeed in a World Built Without Them,” and founder and CEO of The Rising Tides, a consulting firm that makes workplaces better for women through assessment and advisory services.

She is a SheSource Expert with the Women’s Media Center, and has been interviewed by Forbes, the Boston Globe, Standard and Poor’s Global Market Intelligence, Thrive Global, Psychology Today, and Inc..

In December of 2018, Eileen was named to Irish America Magazine’s 2018 Business 100 list, the second consecutive year she received this prestigious and deeply meaningful honor. Irish Echo named Eileen one of their Community Champions in April of 2019.

In June of 2016, she was invited by the Obama White House to participate in the United State of Women, one of five thousand global advocates for women and girls.

In April of 2017, she spoke at the first ever Diversity in Marketing and Advertising Summit in London, the only event of its kind focused on fostering greater diversity and inclusion in the industry.

In August of 2018, Eileen spoke at the first Women In Engineering conference sponsored by the global Institute of Electrical and Electronics Engineers in Tunisia.

In September of 2018, she delivered her first TED talk, “How Women Can Succeed in a World Built Without Them,” at the TEDx conference in Sfax, Tunisia.

In November of 2018, The Rising Tides launched the Leadership Diversity Index, the first comprehensive measurement of the representation of women and people of color on corporate boards of directors and executive leadership teams.

In September of 2019, her book “In the Company of Men: How Women can Succeed in a World Built Without Them” will be published.

She serves as a founding committee member on the Women’s Networking Initiative for the Irish Business Organization of New York. She is a past Chair and former board member of the Get in Touch Foundation, and a former advisor to the Innovadores Foundation. In her spare time, she volunteers as an event photographer for Special Olympics Connecticut and Integrated Refugee and Immigrant Services (IRIS).