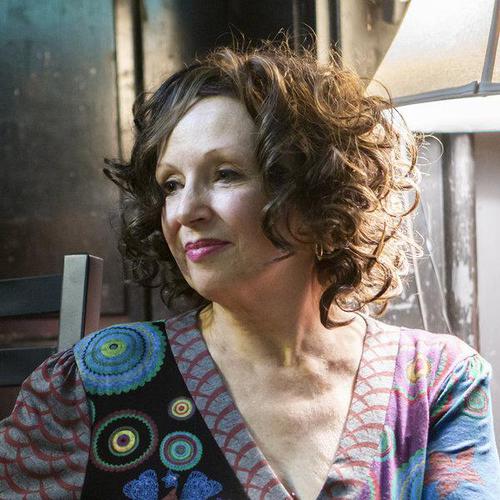 Maureen A Kennedy is the Founder & Artistic Director of the Irish American Theater Company, (2004) and Co-Founder of the Irish Heritage Center of Greater Cincinnati (2009) serving Director and Vice-President. Maureen is also a member of the Irish Salon.

Maureen has enjoyed a lifelong involvement in theater and dance. At D’Youville College she was a Theater Major and continued her studies with the Studio Arena Theater, Buffalo, NY, and at UCLA. Maureen preformed throughout Europe and the US. She is an award-winning choreographer, a member of the Screen Actors Guild and the American Federation for Television and Radio Artists. Maureen was one of the founding members of the NoHo Arts District, North Hollywood, California, and a participant in the founding of the Columbia Tusculum Arts Corridor. The mission of the Irish Theater Company is “Bringing the people and the stories of Ireland to Life”. In 2015 she brought the first Irish Theater Festival to Cincinnati.

As a passionate Irish descendent, Maureen makes yearly trips to the Emerald Isle. When in Ireland Maureen spends her time researching new talent, meeting with, musicians, actors, directors, producers, writers, and Irish officials. She enjoys discovering new areas in Ireland and its treasures. She visits with her County Clare family, & her husband’s family and of course with Irish friends.

She is most proud of the Irish American Theatre company 2017 winning 8 of 11 awards at the Acting Irish International theatre festival in Rochester NY. The Theater Company has been the recipient of many honors for their productions over the years starting with their very first play Moll. The company travels yearly to Canada, across the US and or to Ireland. This year the company traveled to Listowel, County Kerry, for this Festival during which one of the cast members won the Oscar Wilde Award for his performance.

Maureen can be found at the Irish Heritage Center nearly every day, where she has been a full- time volunteer since its opening. You can see her handiwork in all areas from booking talent for music, theater, film and literature presentations, meeting with visitors, volunteers and members, designing building renovations, helping those to plan their Irish Travel, setting up genealogy sessions, Irish teas, luncheons, parties, weddings and public relations interviews on TV and Radio. Other efforts include mentoring young professionals like the first Cincinnati Irish Rose Ohio winner, the Museum development intern, and the young talent group of teens. With the passion she holds for everything Irish, Maureen is building an Irish Center in perpetuity for future generations to enjoy.