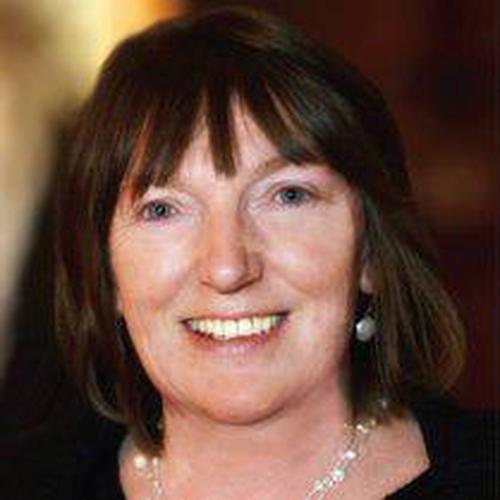 Now a resident of Connecticut, Professor Christine Kinealy has lived and worked in Belfast, Dublin, Liverpool and New Jersey.

Since completing her PhD at Trinity College in Dublin, Christine has published extensively on modern Ireland, with a focus on the Great Hunger and the Abolition movement. In 1997, she was invited to speak to invited audiences in both in the British Houses of Parliament and in the American Congress on the Great Hunger in Ireland. Christine’s award-winning publications include, This Great Calamity. The Great Famine in Ireland (1994 and 2007) and a graphic novel based on the experiences of children during the Great Hunger, entitled, ‘The Bad Times’ or, in its Irish language version, ‘A Droch Shaol’ (2016). During the last decade, her research has explored the experiences of abolitionists who visited Ireland in the 19th century, including Frederick Douglass, leading to the publication, Frederick Douglass and Ireland. In his own words (2018).

Christine moved to the United States in 2007 to develop the Irish Studies Graduate program at Drew University. In 2013, she was appointed the founding Director of Ireland’s Great Hunger Institute at Quinnipiac University. Through a vibrant series of conferences, exhibitions, publications and lectures, the Institute provides a forum for understanding the perennial problems of hunger, food security and economic inequalities in society, both historically and today.

Christine is a champion of using education, particularly history, as a way of informing young people about issues relating to social justice. Since 2011, she has been a volunteer teacher at an annual Gael Scoil in New Jersey, which provides an immersion course in Irish history and culture for 4 to 17-year-olds.

In 2013, Christine was named one of the top 100 educators in Irish America. In 2014, she was inducted into the Irish America Hall of Fame and named one of the most influential women in Irish America. In 2017, Christine received an Emmy for her contribution to the documentary, “The Great Hunger and the Irish Diaspora.” In 2018, she was named a Belfast International Homecoming Ambassador, in recognition of her continuing close ties with the city where she lived between 1987 and 1992.

In 2019, Christine was one of five Famine historians who undertook a 100-mile walk from Roscommon in the west of Ireland to Dublin, following in the footsteps of 1,490 poor tenants who were sent to Canada in 1847. Over 600 on them died on the journey. This route is now officially recognized as The National Famine Way.

Christine had two children, Siobhán and Ciarán, born in Dublin and Belfast respectively, and a rescue dog, Cúchulainn.