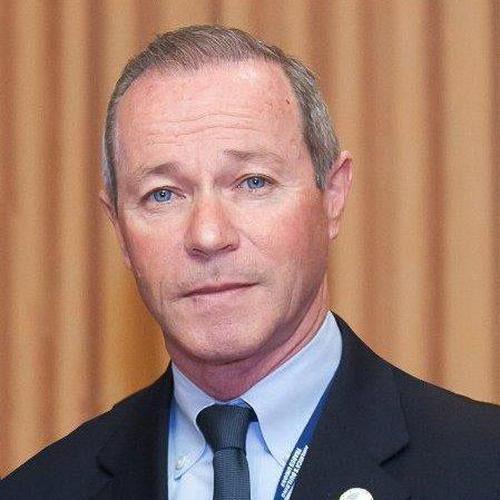 Robbie Hunter was elected President of the State Building and Construction Trades Council of California at the SBCTC’s 61st convention in Santa Monica in October 2012. SBCTC is the umbrella organization for 180 local unions that represent 450,000 skilled construction workers, including 68,000 apprentices.

Previously, Hunter served as Executive-Secretary of the Los Angeles/Orange Counties Building and Construction Trades Council, where he negotiated agreements that incorporated all affiliated construction trades on individual projects, as well as master agreements with public and private entities like the Port of Los Angeles, LAX, Los Angeles Unified School District and Los Angeles Community College District. He had held that position since March 2011.

Before that, he was Council Representative for the Council, starting in 2009. He was in charge of public sector contract negotiations and representation, as well as organizing in north Los Angeles County.

Hunter is a native of Belfast, Ireland. His great-grandfather, John Quinn, was a close confidant of James Connolly and nominated Winifred Carne, the first woman to run for English Parliament after women won the fight to vote. John also led the general strike of 1907 with Jim Larkin and was imprisoned for actions on behalf of the Irish Transport and General Workers Union (ITGWU) One Big Union(OBU).