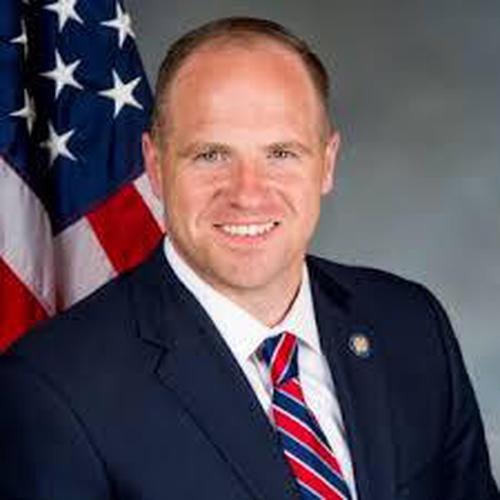 Senator Tim Kennedy, born on October 20, 1976, is a lifelong Western New York resident. Tim grew up in a blue-collar family in Buffalo, where his parents, Marty and Mary Kennedy, raised Tim and his four siblings to work hard, focus on their education, help their neighbors, and get involved in their community. Tim and his wife, Katie, live in the City of Buffalo where they are raising their three children, Connor, Eireann, and Padraic.

Since being sworn into office in January 2011, Tim has kept a strong focus on protecting the most vulnerable in our community. He spearheaded the passage of Jay-J’s law, legislation that Tim introduced to stiffen penalties on repeat child abusers. The legislation was inspired by Jay J Bolvin, a young boy who was brutally abused by his father. Sadly, Jay J’s father received a light sentence due to antiquated sentencing laws. Tim worked with colleagues in both the Senate and the Assembly to secure passage of Jay J’s Law. Since then, he has pushed through several pieces of legislation to reform Child Protective Services, as well as Jackie’s Law, which protects victims of domestic violence from GPS stalking.

Tim has also fought to protect Western New York’s seniors. He worked with community and government leaders to secure funds to transform the former Holy Family Elementary School in Buffalo into a senior apartment complex. He also fought for a significant increase in eligibility for EPIC, a state program to help pay for prescription drugs. With Tim’s support, the income eligibility for single seniors has increased from $35,000 to $75,000, and has increased for couples from $50,000 to $100,000. This has opened up eligibility to thousands more seniors in Western New York.

Above all, Tim knows the importance of growing and protecting Western New York’s workforce. He fought to secure passage of SUNY 2020, legislation which is allowing the University at Buffalo and Buffalo State College to thrive. He also has worked to secure funding to support workforce training programs to the long-term unemployed, opening them up to rewarding good-paying careers. Tim voted to fund the Buffalo Billion, which is creating thousands of jobs in Western New York, giving the local economy the boost needed to break away from decades of decline. He also regularly works one-on-one with local companies to link them with state resources that allow them to grow their workforce.

Tim went to St. Martin’s Elementary School before attending St. Joseph’s Collegiate Institute. He then received his bachelor’s and master’s degrees in occupational therapy at D’Youville College. As he studied at D’Youville, Tim began to truly understand the challenges facing Western New York. Recognizing that any challenge is an opportunity for a community to grow stronger, Tim was inspired to get involved in government to help move the community forward. As a licensed occupational therapist, Tim has spent his entire career working to help people. For 11 years, Tim worked with geriatric and pediatric populations to help them recover from injuries and fully participate in all life situations.